That’s the Merriam-Webster’s online dictionary entry for the word taximeter. Did you ever think the first known use of this word was in 1894? A taximeter is a device that calculates the price for your taxi ride. How does it work and what are laws and regulations for this device?

What is a taximeter?

A taximeter is a calibrated and annually inspected device that calculates the price for your taxi ride. Three elements determine the final meter price:

The Dutch Ministry of Transport, Public Works and Water Management determines the maximum rates for these three components each year.

A taxi company is not obliged to drive at maximum rates. It may, therefore, happen that at company X a kilometer by taxi is more expensive than at company Y. In practice, this is hardly ever the case in Amsterdam.

The history of the taximeter

German-born Friedrich Wilhelm Gustav Bruhn (1853-1927) invented the taximeter in 1891. In 1897, Bruhn’s compatriot Gottlieb Daimler was the first to build a taxi equipped with a taximeter: the Daimler Victoria. Daimler’s company ultimately gave rise to Mercedes-Benz. 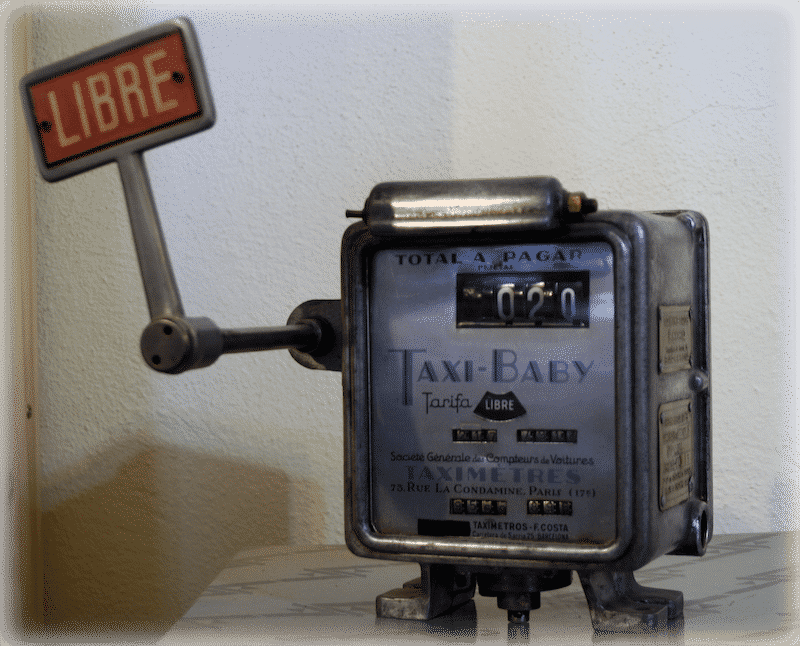 The first taxi parameters were mechanical and mounted above the driver’s front wheel. That wasn’t very handy; the customer couldn’t see what rate the meter was charging. Soon the meters were moved inside, in the taxi.

The electronic meter was introduced in the 1980s. The once familiar ticking sound of the meter’s timing mechanism disappeared as a result.

How a taximeter works

Taximeters determine the distance travelled and the elapsed time of your taxi ride. The apparatus uses electric pulses to calculate the distance. A sensor attached to the car’s transmission system sends pulses to the taximeter each time the taxi travels a certain distance.

When calibrating the taximeter, the mechanic determines how many speed pulses the distance sensor delivers at a distance of one kilometer. This number is used by the device to carry out the rate calculations.

As soon as the driver starts his meter, it records the time at which it was activated. Once the driver stops the meter, the computer calculates the time in between. The taximeter uses this metric, together with the total amount of speed pulses sent, to calculate the final fare.

The metered fare often turns out higher than you’ve hoped for!

The taximeter is mandatory for drivers who operate on the taxi-hailing market. Drivers that do pre-booked rides for which no price agreement has been made in advance need a meter as well.

As of January 1st 2016, a taximeter is no longer mandatory if the driver(s) of the vehicle only arrange trips for which “a fixed rate has been agreed in advance with the consumer in a manner that is recognisable and transparent”. For example, a driver can only use his or her taxi for carrying out subsidised taxi transport.

If a driver is active on the hailing market (i.e. if he drives from taxi stands or takes ‘hands’ on the street), he must have taxi fare cards in the taxi. On these information cards, you can see what the exact rates are that this driver uses.

Of course, you can hail a Staxi on the street or take one from a taxi rank. However, if you know in advance that you need a taxi, then it is worth making a reservation with us. In that case, you’ll have nothing to do with metered fares, but you’ll benefit from the fixed prices we offer.

Check in the online fare calculators what the fixed rate is for your Staxi ride and get acquainted with our services. 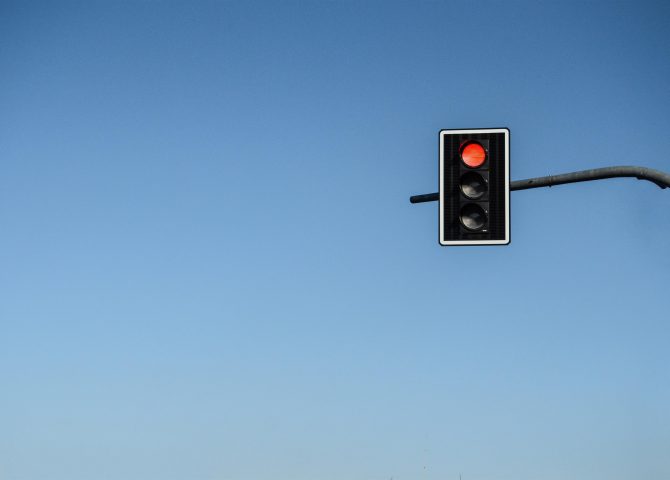 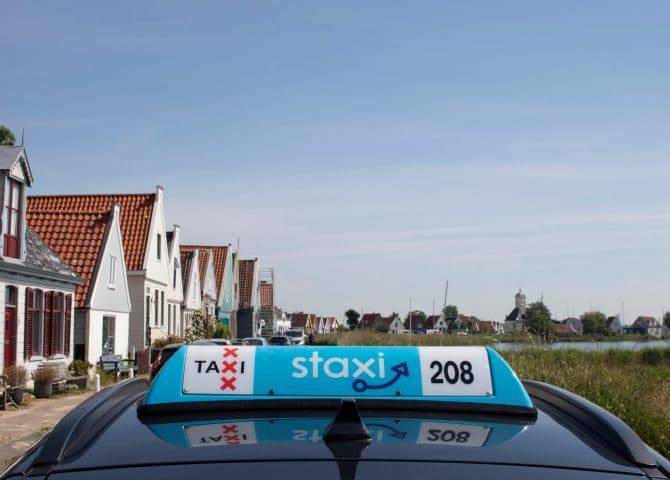 29 January 2021 / News
Taxi to the vaccination center
Prev PostHail or pre-book a taxi?
Next PostSightseeing tour with Staxi
We use cookies on our website to give you the most relevant experience. By clicking “Accept All” you consent to the use of ALL the cookies. However, you may visit "Cookie Settings" to provide a controlled consent.
Cookie settingsAccept All
Manage consent

This website uses cookies to improve your experience while you navigate through the website. Out of these, the cookies that are categorized as necessary are stored on your browser as they are essential for the working of basic functionalities of the website. We also use third-party cookies that help us analyze and understand how you use this website. These cookies will be stored in your browser only with your consent. You also have the option to opt-out of these cookies. But opting out of some of these cookies may affect your browsing experience.
SAVE & ACCEPT
Choose your region
Landelijk Noord
Driemond